Increasing changes in the tax and law rules, increasing regulations and other requirements is weighing on landlords, but buyer demand for rental properties remains strong.

Plus, this is on top of extending the bright-line test last year – which taxes gains on investment properties bought and sold within a five-year period – and the recommendations of Sir Michael Cullen’s tax working group which include the prospect of a capital gains tax.

Despite this future picture, the numbers suggest that investors’ interest in rental property is holding firm.  In fact, over the past year mortgaged multiple property owners have slowly grown their share of the market despite the extra rules, according to data from CoreLogic.

They are now responsible for nearly one in four (24%) of purchases so far in 2019. When combined with those buying with cash, nationally, multiple property owners make up 37 percent of the market.  This shows property is still a good thing to invest in.

Andrew King, executive officer of the NZ Property Investors Federation, cautions against reading too much into data he says would include owners of second homes which are not rented.

“It doesn’t tell the whole story. And there definitely is pessimism in the market for investors,” he says.

King’s concerns are reflected in the Reserve Bank’s mortgage borrowing figures for January. While overall mortgage borrowing was up 10 percent year-on-year to $4.1 billion, new lending to investors fell 7 percent to $726 million. This figure represents a fall of 14 percent in the two years since January 2017 when it stood at $844 million.

“The new insulation and heating regulations are not the end of the world, and could be quite good – because it means there will be better properties for tenants.

“Our two major concerns are the end of ring-fencing and the capital gains tax.

“In the early years of providing a rental property, it’s usually a cashflow negative situation, so not being able to claim losses is going to have a dramatic effect. Then to possibly lose a third of your capital gains (to a new tax), it’s going to slow the number of new investors coming in and the market as a whole,” says King.

Should a capital gains tax come to pass, King sees a “huge swing” away from property investment in the short term – though, in the longer term, he predicts the economics of supply and demand will prevail.

“Initially, it’s going to stop people being able to invest in property and will push up rental prices but, eventually, rental yields will go up enough to allow investors back into the market.”

Faced with such uncertainty, King’s advice for investors is to do their homework, look at all the data and invest wisely.

“We tell people not to buy the average home, for the average price and get an average rent,” he says. “You’ve got to take a close look at the figures, and switch to places with higher rental yields.”

King points to centres and provinces such as Rotorua, Palmerston North, Dunedin, and Invercargill, as locations where investors can find some of the most rewarding yields.

Regardless of changing governments, new taxes and stricter landlord legislation, the basic housing landscape remains fundamentally unchanged: people will always require somewhere to live, and there will always be a demand for rental properties.

“For those who are serious and treat it as a business, there are always opportunities for property investments”.

Find yourself comparing one of these properties to your own?

Get a free market appraisal 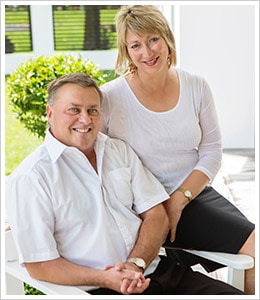 Jodi and Alan welcome you to Matamata. We are dedicated to providing you with quality homes in the Matamata area.

We have a wealth of experience in the real estate market, and can help you find the property that best suits your needs. and if we can’t find the place for you, we’ll search through other agencies to find it!

We specialise in lifestyles, property investments and residential houses for sale in Matamata. We are passionate about property.

Matamata contains 4 Primary Schools, an Intermediate and a High School. Matamata is home to a range of quality amenities and situated between cities, beaches and lakes making it an ideal spot for any type of homeowner.

It’s also home to the famous Hobbiton set that was featured in the Lord of The Rings trilogies! Many comment on the central position of Matamata to bigger towns and cities.